Behind the Scenes of the building of the TAAFI Film Festival Poster with Terry.

Right before the holidays I received an Instagram DM.

“Hey Terry! What do you think about doing the poster/signal film for the TAAFI film festival?

And that is how I ended up designing this year’s TAAFI poster and signal film.

The immediate idea I had was giant rustic robots projecting animations for cute little pink fluffy pompoms. I quickly drew up a sketch (below) and shared it with TAAFI, who approved. 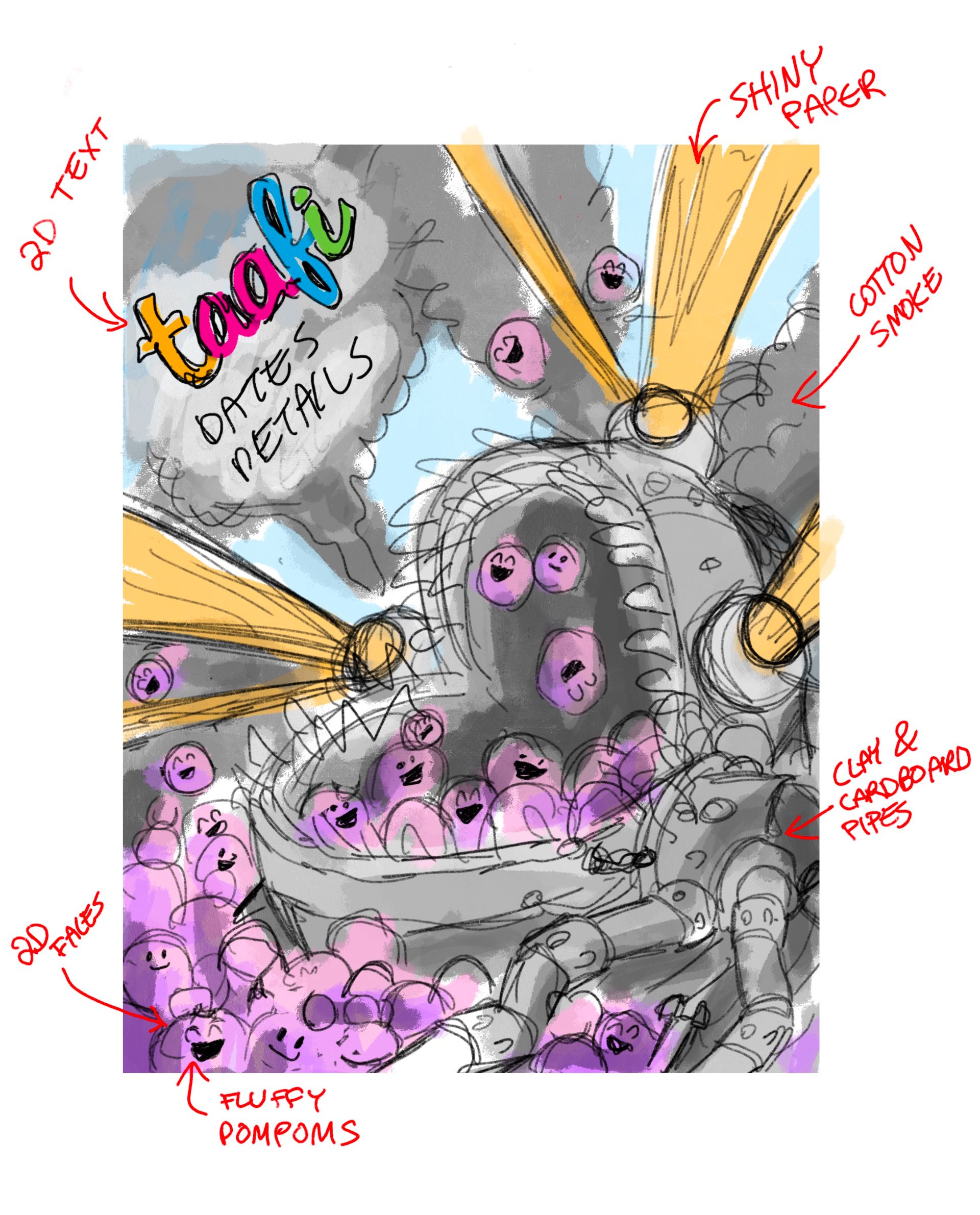 If you look at the red text in the drawing, you’ll notice the robots say they’ll be made from cardboard, the lasers from paper, the characters from pompoms, and the smoke from cotton. That’s because I wanted to work primarily in stop motion. Anyone familiar with stop motion knows that most of the production time is spent creating characters and props, so I immediately got to crafting.

My first step was to scavenge my pantry for any foods that come in cardboard boxes. I find cheap, thin cardboard - the type that comes with frozen pizzas, cereal boxes, or cookies - absolutely perfect for creating the base shapes of the robots.

Below you can see some progress from rough sketches to finished robots. I had ideas for five robots in total, but due to the timing of this project, I had to cut them down to three. 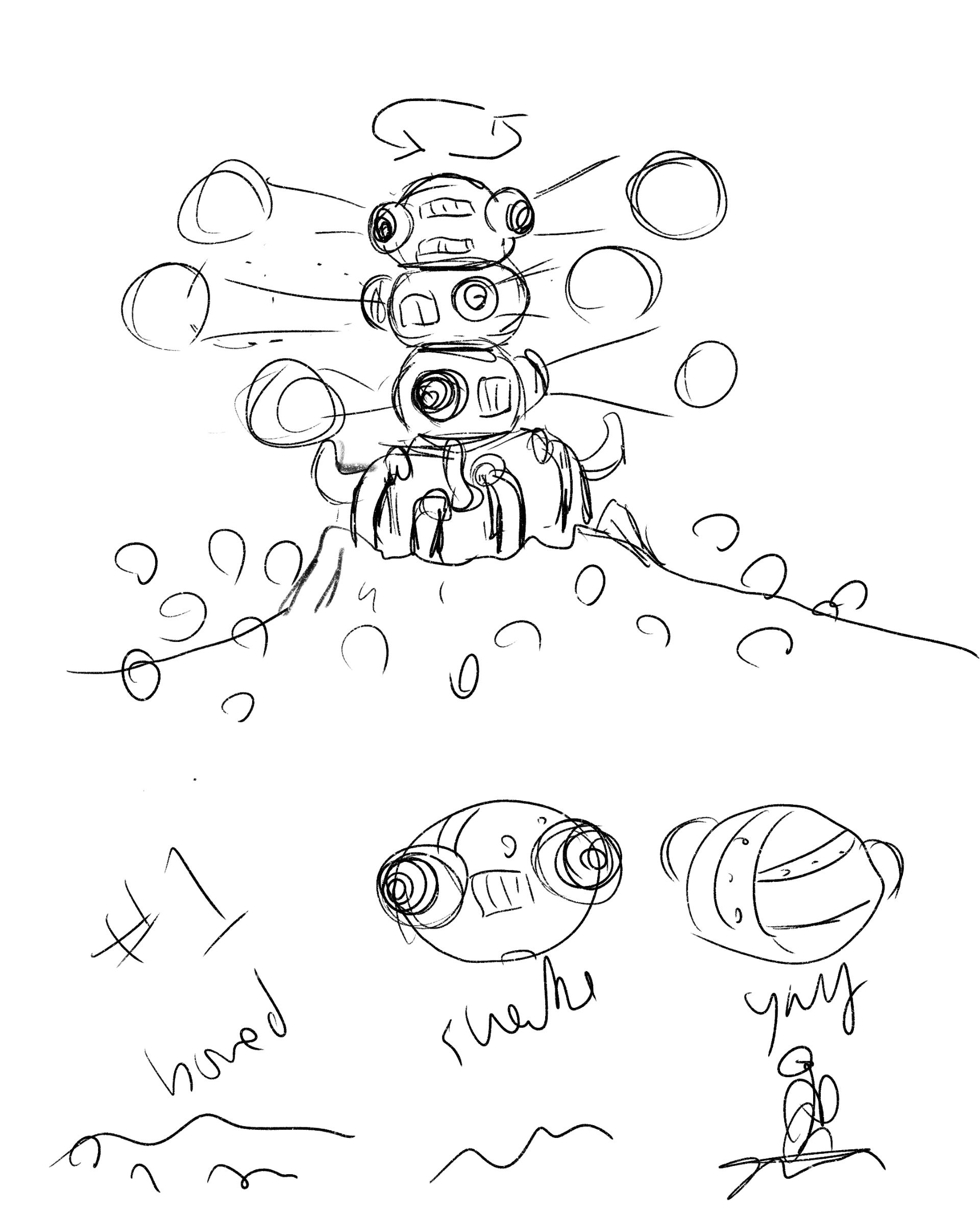 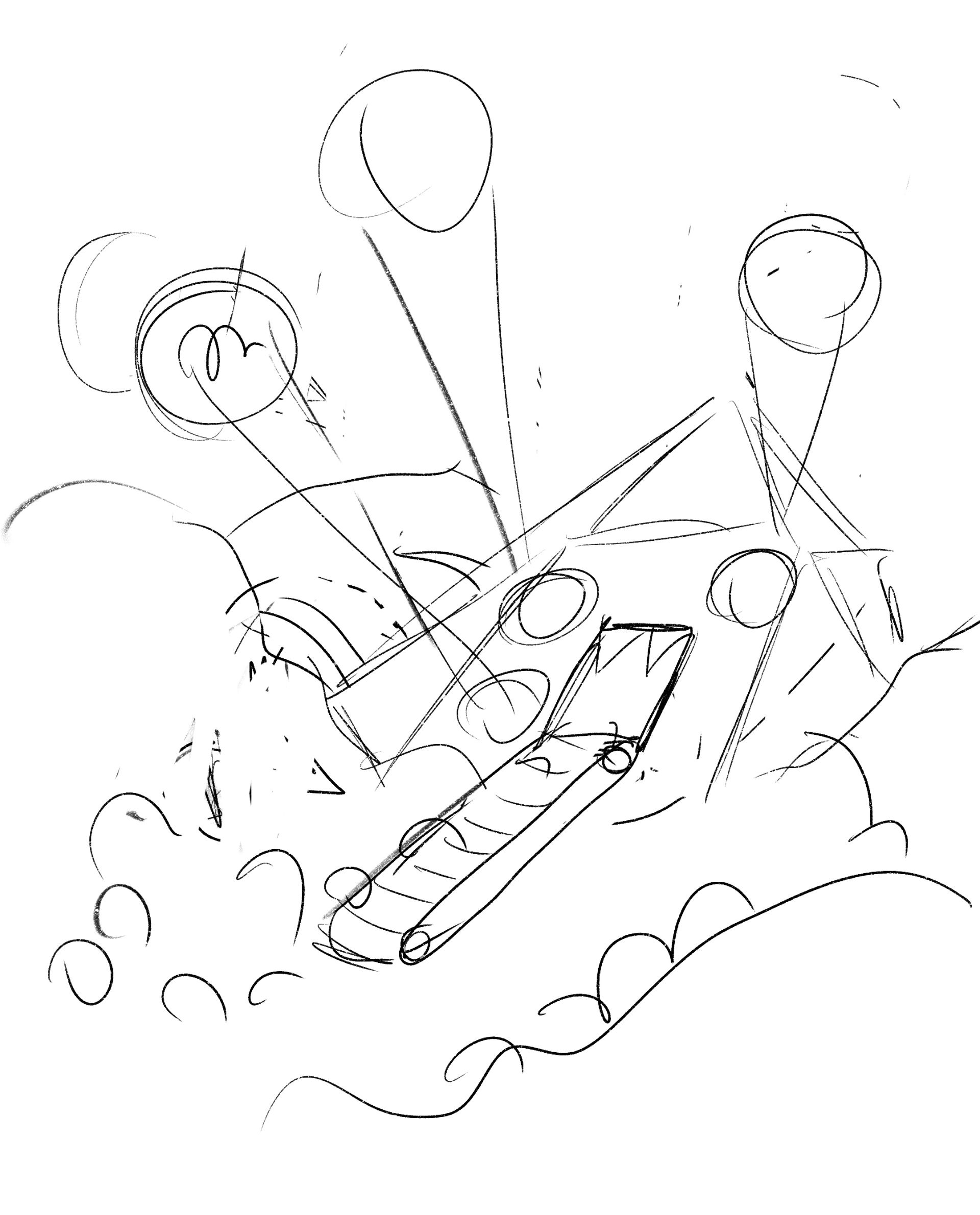 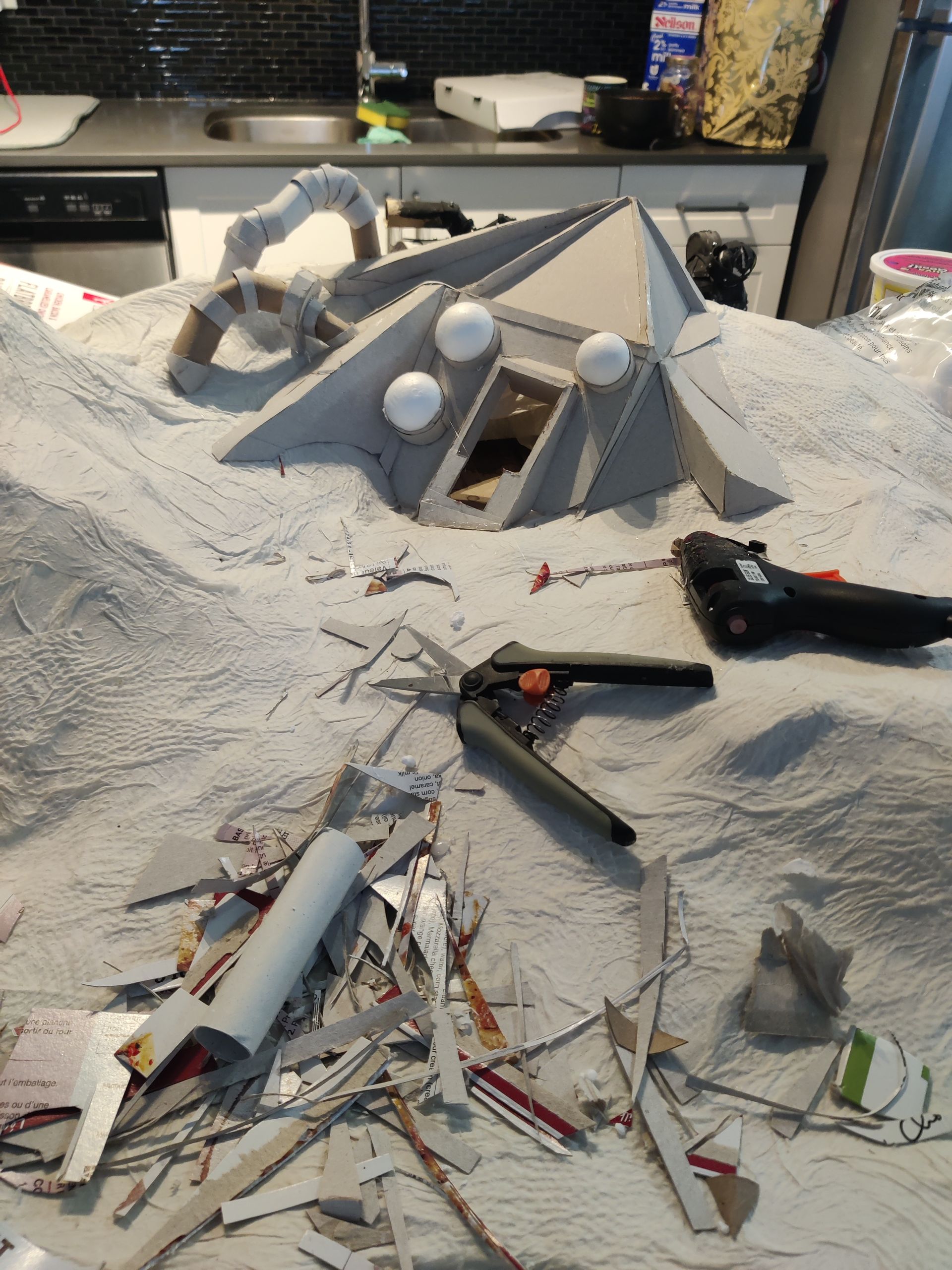 Other materials included styrofoam balls, silver sticker gems, and wooden loops - all materials common at any dollar store. After the cardboard bases were finished, I painted black underlayers to make sure all the cracks were filled. I also set up the robots onto cardboard and paper mache bases (a mix of 50% water, 50% glue, and paper towels.) 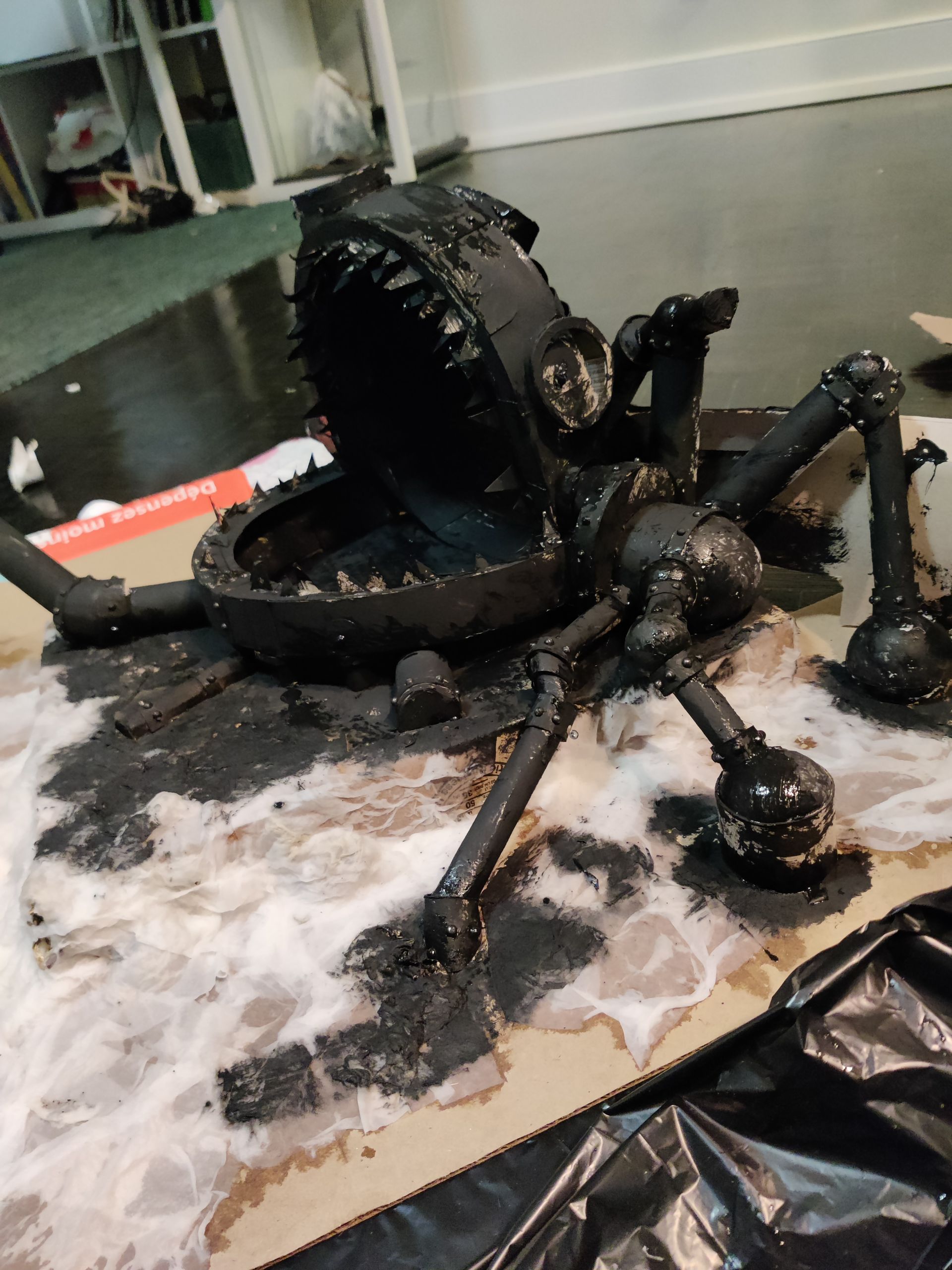 After the black underlayer dried, I went over with a gray wash and then painted individual details like teeth, eyes, pipes, etc. As a final touch, I cut out eyes from shiny paper. 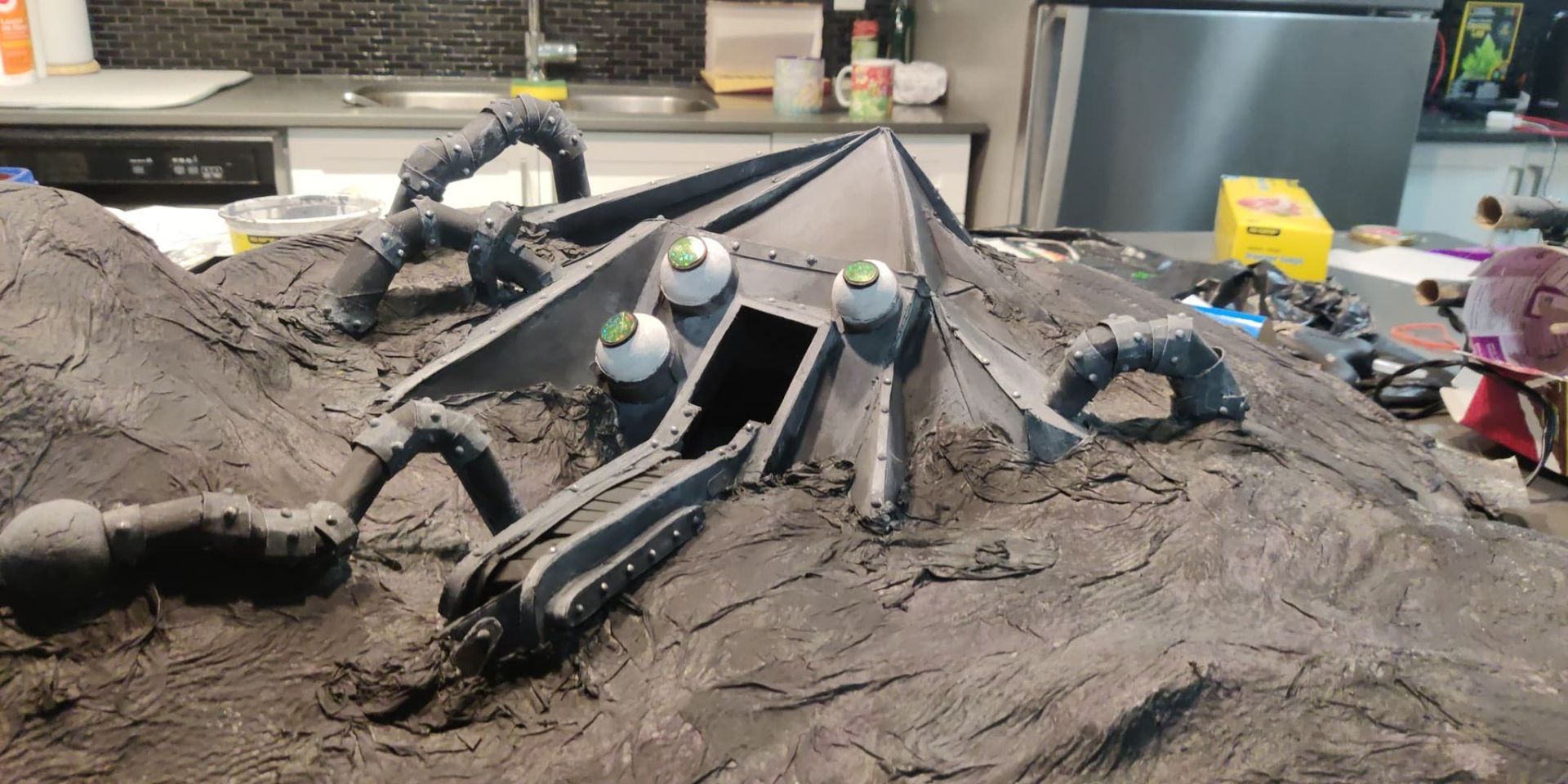 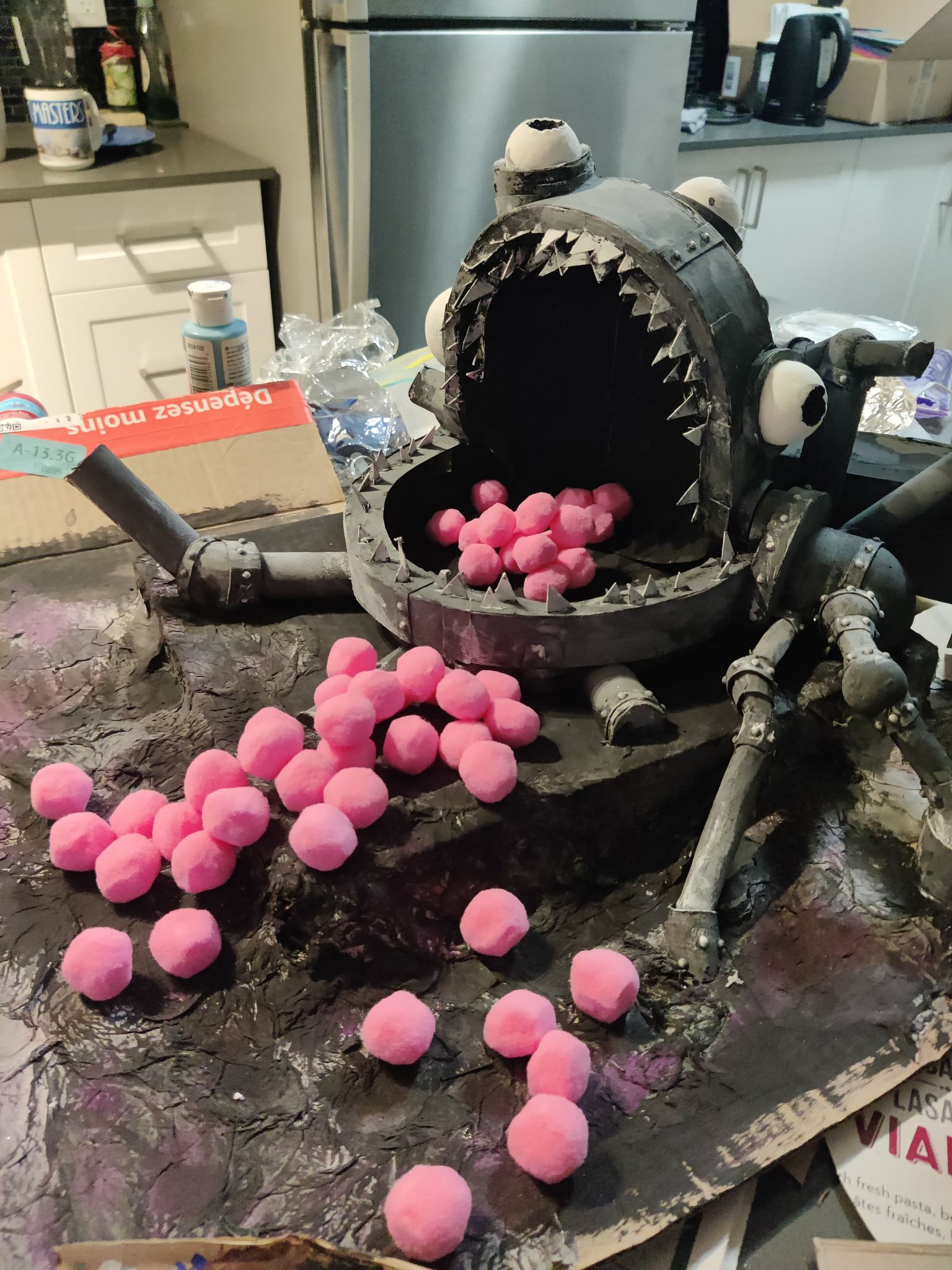 Afterwards, I set up the robots in my stop motion studio - aka the corner of my bedroom. Here are a few pics of what that looked like.
To make the TAAFI poster, I simply took the pics and added some further details on top - the TAAFI logo, pink outlines and black faces for the pompoms, and white outlines for the lasers. 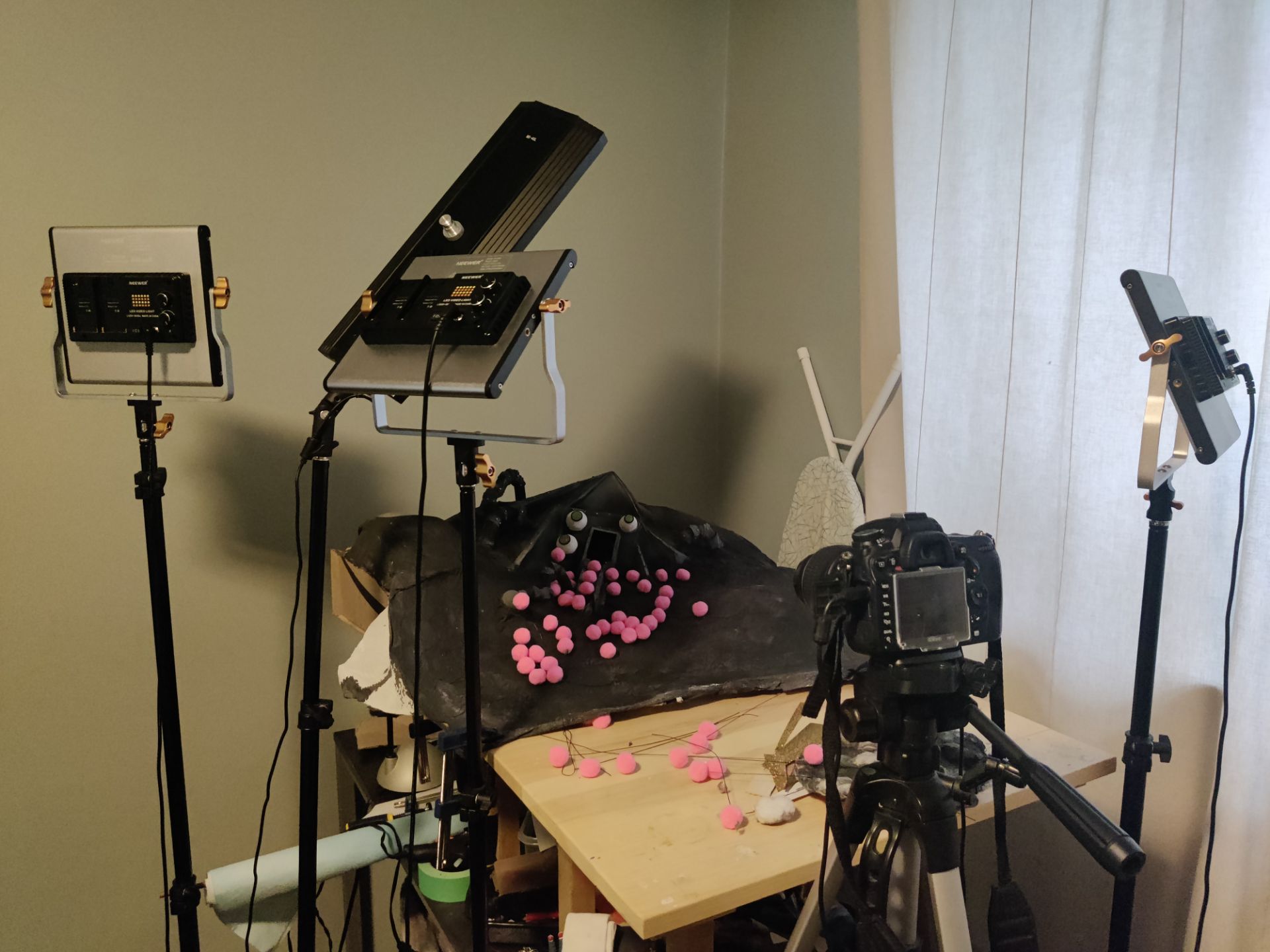 Besides the poster, I also stop motion animated each of the robots and am currently working on compositing them together along with adding some 2D elements on top.

And voila! That’s how this year’s TAAFI poster (and soon to be signal film) came to be.

I'll either see you at the TAAFI Film Festival in February at Hot Docs, or in your dreams. Whichever one comes first! 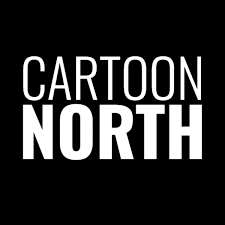